Time is running out...

Request your free initial conslultation now! Our Lawyers will get back to you within an hour.

Reasons Why You Should Call

Our lawyers are members and recognized by the following organizations 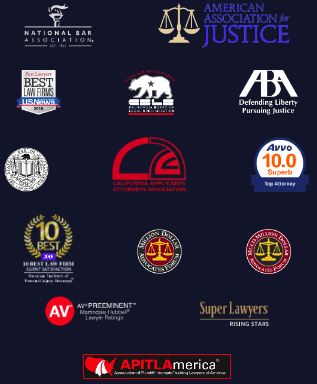 There are two types of evidentiary hearings for workers’ compensation cases. They are hardship hearings and final hearings. Hardship hearings are typically requested by employees when their medical treatment or disability benefit payments are being disputed. Judges issue temporary or partial awards in and subsequently a final award which effectively ends the case unless an appeal is made. Final hearings may be requested by either party when medical treatments are complete and both parties have prepared medical and expert evidence for their hearing.

The decision after an evidentiary hearing is known as an award is similar to a circuit court judgment. Hardship and final hearing procedures are the same where the judge asks both parties if they agree on any issues in the trial. These agreements are recorded by the judge. The judge further asks both parties if they want to contest any issues that are then addressed by the judge in the award.

Evidence In A Workers’ Compensation Trial

The evidence provided by the employee generally includes testimonies of the employee as well as other witnesses, medical evidence such as certified copies of medical records and testimonies of doctors etc. Doctors can be deposed or asked to testify during the hearing. Medical reports are used as admissible evidence and the judge rules on objections on any evidence made during the hearing. The employer also presents evidence during the hearing. Evidence remains in the judge’s files and becomes permanent record. After evidence is presented, both parties file briefs concerning facts and the law and try to refute the position of the other party. The file is normally not reviewed by the judge until all briefs are filed.

Resolution Of A Workers’ Compensation Trial

Once all evidence and briefs have been reviewed, an award is issued. It is sent through mail to the employee, the insurance company and the attorneys involved in the case. An appeal can be filed on final awards, partial awards, or temporary awards. If your workers’ compensation case is in dispute, consult an experienced workers’ compensation attorney immediately.